If you’ve read my first Blogpost Bringing the electric guitar into the 21st century without pissing everyone off, you’ll know that Rubato Guitars is into meaningful innovation, rather than change for change’s sake. But wood has worked well enough for 70 years so why look at anything else?

After all, the greats have produced countless brilliant electric guitars, all made of wood—my own wooden Gibson Les Paul is among my most treasured possessions—and Paul Reed Smith’s “trust the old guys” philosophy on material choice has got the guitar world this far.

However, put a couple of engineers and life-long guitar nerds in a room and it’s only a matter of time before thoughts turn to wondering what other materials might, potentially, work just as well. That said, our first step was to remind ourselves why wood emerged as the material of choice in the first place.

There were, and still are, some very compelling reasons for making electric guitars out of wood and, as a progression from acoustic guitars, it was the natural choice: it’s readily available, relatively cheap and, when it comes to machining and finishing, it’s pretty easy to process.

Yet, there are some inherent drawbacks: It isn’t stiff. It has a tendency to warp with changes in temperature and humidity. And it’s relatively heavy, which is especially the case with hard woods.

Of course, instrument makers have become really good at dealing with these characteristics and compensating for them: To avoid too great a cantilever, a neck-to-body heel joint is positioned well before the end of the playable length of the neck; to counteract warping and combat different string tensions, a metal truss rod is inserted along the length of the neck; and, to relieve some of the weight when high-density woods are used, the guitar body can be chambered. 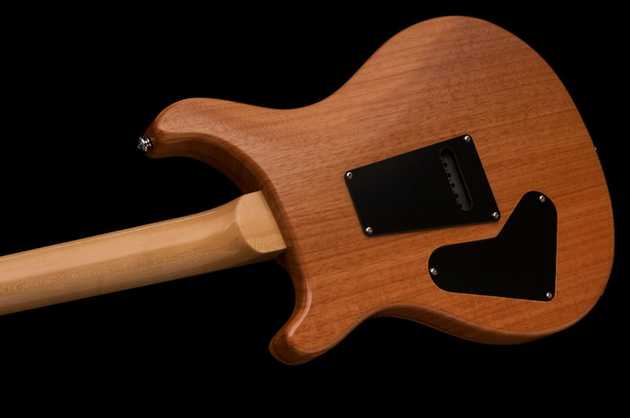 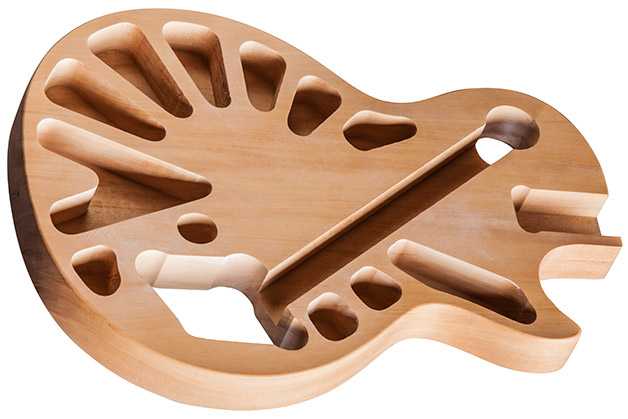 These are all effective and reasonable responses to some fairly significant issues but, rather than being solutions, they are reactionary fixes to symptoms that reveal the cold, hard truth that wood isn’t an ideal material for building electric guitars.

The same, uncomfortable revelation occurred several decades ago in the sporting world where wood was swiftly supplanted as the material of choice for a range of high-performance applications. Consider hockey sticks, tennis racquets and fishing rods. They all started out using wood but, in pursuit of performance, moved on to equipment made of aluminium or carbon fibre. (While every kid guitarist probably started out strumming a tennis racquet, it’s fair to say there’s little similarity between a Wilson and a Fender … but if you’ve ever played tennis with a wooden racket it’s not hard to understand how modern materials have upped the game!)

And it’s not just the weight of wood that presented a challenge. Back in the day, moisture-prone racquets were so susceptible to warping, that they had to be clamped in a “press” between games to keep them flat. (Just like a truss rod in a guitar neck, this was a reactionary fix but, happily, once wood had been superseded by aluminium (and later, carbon fibre), the presses became redundant and the racquets became more performant.) 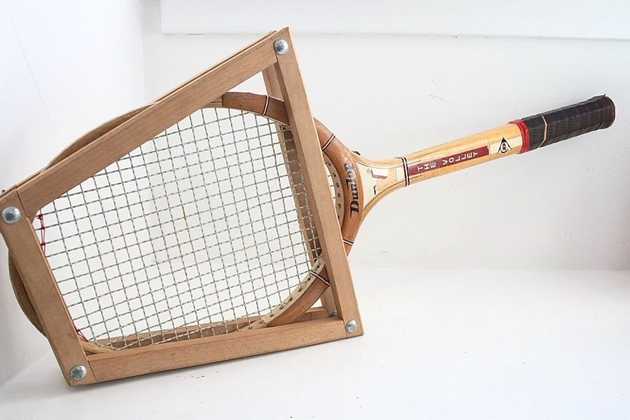 What else is there?

Having satisfied ourselves that we should at least consider alternative materials, we looked at three common options:

If Rubato Guitars was going for high-volume, cheap, and effective instruments, plastics would definitely be at the top of the list. Why? Well, for one thing, manufacturing is easy. Businesses have become really good at working with the stuff and complex, well-finished parts can be produced with minimal effort. The setup is expensive but, once you’re tooled up, you can bang out parts at a rate of knots for very little cost.

Downsides? Well, whatever virtues they may have, plastic goods don’t usually scream ‘quality’ and, in terms of its material properties, plastic isn’t much of a step-up from wood. You’d be getting a guitar of similar weight and stiffness, that would probably still need a truss rod and, while it would do the job, there are certainly better options.

The most common metals, for these sorts of purposes, are aluminium and steel and, interestingly, (nerd alert) aluminium is about three times lighter than steel but, when it comes to their relative stiffness, the opposite is true. So, given ideal geometry, if a guitar made of steel and a guitar made of aluminium were designed for the same string tension, they would weigh the same. (Great theory but, in reality, it’s very difficult and costly to machine so much steel away to achieve an ideal thin-walled hollow shell.)

The machining required for complex surfacing (i.e., having an arch-top style body) is incredibly time consuming and has to be done for every single guitar. Again, possible but, from our point of view, preferable to avoid it …

Not that it’s deterred some seriously good builders, like Electrical Guitar Company in the USA or Baguley Guitars in Germany, who are both making incredible aluminium instruments this way. Relish Guitars, makers of some impressively refined guitars, is another company that’s incorporating aluminium in some critical areas.

Composites first appeared as an interesting option back in the second half of the 20th century, when they were heralded as the ‘materials of the future’, and—like the sports equipment mentioned earlier—have since been used, with increasing frequency, as a successor to wood.

Although many other composites exist—all the way from reinforced concrete to cermets (ceramic-metal composites)—we decided to confine ourselves to an examination of two fibre-matrix composites that we considered to be the most appropriate: fibre glass and carbon fibre.

So similar that they’re basically siblings, they’re both about half the density of aluminium and consist of long, thin fibres embedded in a resin which holds them all together. Where they differ significantly, though, is that fibre glass is about half as stiff as aluminium, but carbon fibre is stiffer than steel.

Why is this any good for guitars? Well, firstly, they don’t carry any of the downsides of wood that have already been mentioned. Also compelling are the facts that they won’t be affected by the weather and that one of them, carbon fibre, is much lighter and stiffer. However, composites can be beneficial to guitar making in a few other ways too.

For starters, they’re a designer’s dream. Composites provide the ability to add strength in the areas and directions where they are needed and to save weight in places where they’re not. They put far more control into a creative luthier’s hands: making it possible to build a guitar with a neck that is super stiff, in line with the strings’ tension (without needing to add the same material across the body); or to design smooth, complex surfaces (e.g., arch-tops, neck-to-body blends) without worrying about an impact on production. Whether the mould is flat or curved, the process is the same, so there’s no need to compromise on form.

So … Fibre glass? Or Carbon fibre?

A fibre glass guitar would provide all the benefits of composite design and moulding as well as addressing all the issues with wood (other than that it would weigh virtually the same). But, regrettably, in a universe populated by innumerable drop-dead gorgeous instruments, the material isn’t exactly pretty. (Nothing that can’t be overcome with a good paint job but, in its raw form, fibre glass has a somewhat murky look with a yellowy-cream tint.)

Carbon fibre, on the other hand, takes all the design benefits (with significantly reduced weight) and turns them up several notches. And as the weave in the fibre moves, in the light, from bottomless black to a bright inky sheen, its visual appeal is staggering.

For us, the choice was pretty obvious. For a high-end, modern guitar, carbon has to be the way to go.

What about tone wood?

If you’ve read this far (thanks), you may have noticed no mention has been made of the effect material choice has on an electric guitar’s tone. That is intentional and, while it might make a good subject for another blogpost, I don’t think it would be particularly productive to go into any more detail here. Let’s just say, my position on the tone wood debate is summed up in the recording industry aphorism that “if it sounds good, it is good”.

The bottom line is that our guitars have a unique sound that is loved by the musicians who play them and that’s what we’re going for.

Is it due to the construction? To the carbon fibre? To the pickups and their relative positions along the scale length? To the care we put into the design? To all or none of the above? Or just to the beautiful synchronicity of it all?

Who knows? Hopefully it’s a discussion we’ll still be chewing over at Rubato family dinners for decades to come. Right now, what’s important is that we want to offer guitarists a great, new sound—not the same experience they can already get out of their other guitars—and with a little (or a lot) of help from carbon fibre, we are definitely doing that.