Innovation in the guitar world is notoriously difficult to get right. Just look at the Telecaster, Stratocaster and Les Paul: three of the oldest (and indisputably greatest) electric guitars ever designed and still the most popular models on the global market. 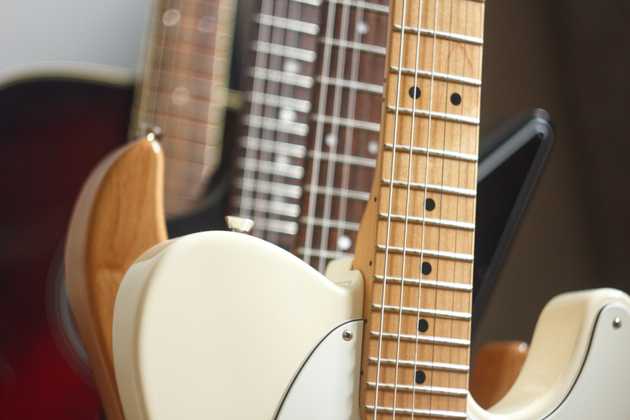 I can’t think of another industry where the most popular products of the modern day are essentially identical to their 70-year-old ancestors and, what’s more, that appear at every price-point: from starter bundles, to the working musician’s daily-driver, and all the way to ultra-exclusive custom shop models.

Even if we look to other musical instruments, the only time old, unmodified designs are used are in their acoustic guises. Take the piano (the second most popular musical instrument, behind guitar). Acoustic pianos may remain steadfastly traditional, but their electrified siblings are constantly improving and immensely popular. Yamaha’s Clavinova is lauded by traditionalists and modernists alike, and if you see a keyboard on a stage anywhere but a classical concert hall, it will almost certainly be a Nord.

Closer to home, it’s true that the once despised digital amp modeller has become the gigging musician’s new favourite piece of gear. Resistance falling away as it has become harder to discern any meaningful difference in sound quality, not to mention the flexibility, reliability, portability etc piled on by the likes of the Kemper, Helix and AxeFX.

So, why is this not the case for electric guitars themselves?

History is remarkably important here. After all, the Teles, Strats and Les Pauls are the guitars our heroes played. However, no one is driving James Dean’s favourite car or wearing Elvis’ pants on a regular basis nowadays. Not to say they aren’t cool, they most certainly are (well, the pants are up for debate), but they aren’t representative of today.

So what makes a guitar a guitar?

I’ve stirred the pot with a declaration that the electric guitar hasn’t progressed but I haven’t expressed what that actually means (to me, at least). So what am I getting at?

For me, it’s not about picking holes in a much-loved product that’s always done the job we’ve asked of it. It’s about adopting a fresh perspective and asking: If the electric guitar were to be invented today, what would that look like?

The answers, of course, will vary wildly, depending on what each of us believes is essential to the instrument but the intention behind this first-principles approach is to free us from the baggage associated with existing designs. And, rather than operating within the confines of what is already out there, and then changing things one-by-one, to start with a completely blank slate.

At Rubato Guitars, we’ve broken down our design approach into four fundamental requirements which are the criteria we believe an electric guitar needs to meet to be a good instrument. (In other words, as long as it meets these four requirements, anything goes.)

1. It has to be a great guitar

This encompasses all the functionality a guitar needs to have. That means being well intonated, staying in tune (yes, those are different things), not buzzing, not trying to fall off your leg when seated, having perfect fretwork, and (most importantly) sounding fantastic.

2. It should feel familiar

It would be absurd (or arrogant!) to ignore the fact that guitarists already have an expectation of what a guitar feels like to hold and to play. When they pick up and start playing the guitar, it shouldn’t feel like an alien object that happens to have six-strings. It should be an intuitive and natural experience: when you sit down and reach for the first few frets they should be where you expect them, not surprisingly far away; the neck profile shouldn’t be so different as to feel foreign or off-putting; the body shape should allow you to rest your picking arm without having an edge dig into it.

Over and over again we’ve seen modern electric guitar releases promise the world: the PAF-sound, your favourite Strat’s position four, an acoustic guitar sound, and more all wrapped up in one package with two switches and four push-pull pots. The result is usually fiddly and confusing. When I pick up a guitar I want it to do one or two sounds really well, and that’s it. If I want a Strat sound I’ll pick up my Strat. If I want a Les Paul lead tone I’ll grab that. If I want clarity I can’t get from those guitars I’ll reach for the Rubato Lassie.

A guitar is more than just the sounds it makes. Different models offer different playing experiences and we’re trying to offer a unique one, and part of that is keeping things simple so you can forget about the guitar and just play.

4. Only make meaningful innovations, don’t change for the sake of change

For someone ragging on about lack of progression, this may sound rich but hear me out. A lot of the guitar innovations that have served as our inspiration seem to have one thing in common: they changed as much as they could. Some changes were ingenious and valuable, but others were so extensive that, ultimately, they led to their downfall. While the argument can be made that some important improvements might be missed unless everything is thrown at the wall, we don’t think it makes best sense to incorporate every idea we have in one instrument. To be clear, we try a lot of stuff in the Rubato studio that will never see the light of day---that’s how we figure out what we consider worthwhile---but our view is that a few, meaningful developments will have a far greater impact on the playing experience.

In the 50’s, Leo Fender and Les Paul created a wonderful new instrument and, in the process, spawned a music revolution that played a part in changing the world. Not to disrespect to any of the ingenious guitar makers who’ve been inspired, like us, to make a contribution to the evolution of the electric guitar but the innovative magic of these two visionaries is matchless. Go back and look at the ways in which Leo continued to innovate: from two-point tremolos at G&L (that Fender took decades to catch up to); to Z-coil pickups (that no one has caught on to, even though they make so much sense); and what about Les’s personal Les Paul (which bears no resemblance to anything ever seen on the market!) Never satisfied with ‘good enough’, they were constantly tinkering, tweaking and trying to make it a better instrument. They never stopped innovating and improving the thing they loved and neither will we.